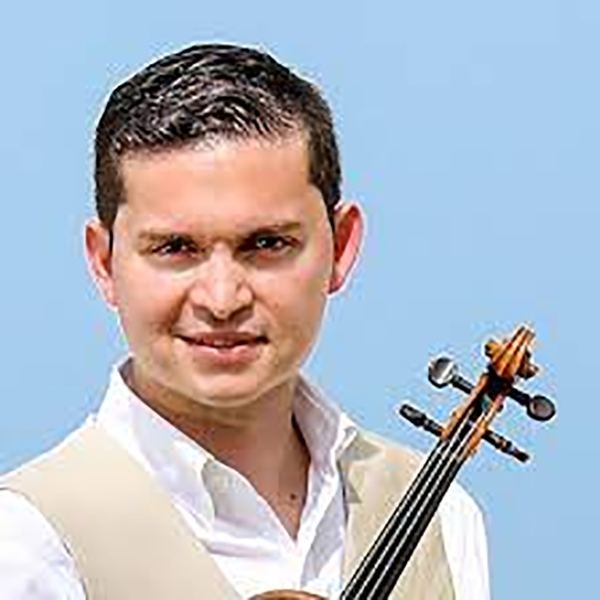 From 2012 to 2019, Simón Gollo was a member of the Dalí String Quartet and La Catrina Quartet—ensembles specializing in Latin American music. His discography with La Catrina Quartet, which includes a Latin Grammy–nominated recording, is available on the RYCY Productions, Inc., and Summit Records labels. He has also performed with Orchestra of St. Luke’s in New York, Camerata Nordica (Sweden), Post Classical Ensemble (Washington, DC), and Dallas Chamber Symphony. In January 2020 he was guest concertmaster for the Orquesta Ciudad de Granada under the baton of Michał Nesterowicz. Simón Gollo is currently a permanent member of the Reverón Piano Trio alongside Venezuelan pianist Ana María Otamendi and Venezuelan cellist Horacio Contreras.

He has served as the Founder and Artistic Director of various music festivals and projects in Venezuela, Aruba, and the United States intended to educate and edify young musicians. These include:

Simón Gollo is a gifted and committed pedagogue who keeps a very busy schedule teaching both violin and chamber music. He has served on the faculty of the Summit Music Festival in New York and previously worked as a substitute professor at the Juilliard School Pre-College Division (class of Naoko Tanaka). For six years, he served as a violin professor at the internationally recognized and acclaimed program El Sistema and at the Mozarteum de Caracas, both in Venezuela. In 2016 he began his position as the Associate Professor of Violin at New Mexico State University (NMSU) and was appointed Conductor of the NMSU Philharmonic Orchestra. Since this appointment he has received numerous invitations to conduct both youth and professional orchestras in the United States, Mexico, El Salvador, Colombia, Brazil, and Venezuela. In 2020 he joined the faculty roster at the California Orchestra Institute.