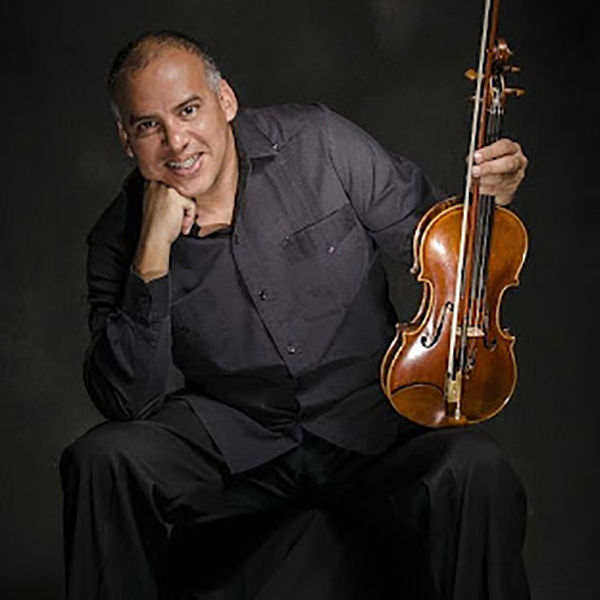 Francisco Diaz was born in Barquisimeto, Lara State – Venezuela, he is a musician trained in the Youth and Children Orchestral movement, widely known as “El Sistema” under the ideals of maestro Jose Antonio Abreu, “To PLay and To Fight”. He studied violin with the renowned pedagogue, Jose Francisco del Castillo who follows the philosophy of the “Galamian School”, in the Simón Bolívar Conservatory, in the Latin-American Violin Academy, and in the “Reina Sofía” School of Music of Spain, with a scholarship from the Mozarteum Foundation of Venezuela. He has received direct guidance from famous international musicians, such as Margaret Pardee, Albert Markov, Oliver Charlier, Agustin Dumay, Agustín León Ara, Yossi Zivonni, José Luis García Asensio, Rubén González, among others. He has a doctorate in Science of Education (Music) from the Fermín Toro University of Barquisimeto, with a research focus on Social Action through Music. He also holds a Masters of Music in Violin from the Simón Bolívar University, as well as a degree in Music Education and Masters in Higher Education from the Universidad Experimental Libertador – Pedagogical Institute of Barquisimeto.