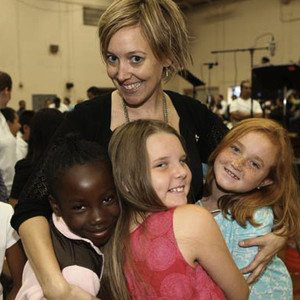 Myka’s wide range of musical interests include classical as well as jazz and avant-garde repertoire and beyond. She is a versatile performer, having played from concert stages, stadiums, night clubs and football fields. Myka was born in small town McKinney, Texas, where band programs and music education were strong. She began her formal music studies at the University of Texas at Austin under the instruction of oboist John Snow but was also part of the UT marching band on trombone. Earlier in her career, as a participant in the Henry Mancini Institute in 1997 and 2001, she worked with artists including Vince Mendoza, Quincy Jones, Herbie Hancock, Christian McBride, Terrence Blanchard, Paul McCandless and Diane Reeves.

After earning her Bachelor’s Degree in Music, she pursued an international experience. She performed for a season with the Nuevo Leon Symphony Orchestra in Monterrey, Mexico, after which she won a position with the Jalisco Philharmonic Orchestra in Guadalajara, Mexico. After moving to Los Angeles in 2002, she completed her Master’s of Music in oboe performance at the University of Southern California.

Myka now resides in Hollywood, where she regularly plays with orchestras, rock and salsa bands, experimental groups, and jazz. She is a regular member of Adam Rudolph’s experimental GO Organic Orchestra and of daKAH hip hop orchestra, with which she has performed at the Playboy Jazz Festival at the Hollywood Bowl, New Orleans Jazz Fest, and the South by Southwest Music Festival in Austin, Texas. Myka has recorded with jazz and R&B musicians Jimmy Haslip of the Yellowjackets, Sandro Albert, Renato Neto of Prince, and Leon Ware, former producer of Marvin Gaye as well as worked with many recognized names in music, Tony Bennett, Burt Bacharach, and Andrea Bocelli to name a few.

In addition to performing, Myka is an activist for social change through music. She is responsible for putting musical instruments into the hands of thousands of children. Since joining The Harmony Project as Executive Director in 2007, she has overseen the program and budget growth from 250 students and a budget of $300,000 to over 3,500 students and a budget of $4.9 million. Under her direction, the Harmony Project was named a “Coming Up Taller” award from the President’s Committee on the Arts and the Humanities and a Bright Spot in Hispanic Education under the Obama Administration. Under her leadership, she launched new initiatives and nurtured cost-sharing partnerships with the LA Philharmonic, Los Angeles Unified School District, LA City College, California Arts Council, the Sheriff’s Foundation and many other community organizations and school districts.

She is a member of the El Sistema USA Board of Directors and works internationally with El Sistema-inspired programs in the Dominican Republic and Colombia. She co-founded Armonia Cuscatleca in El Salvador, a partnership with Musicians without Borders.