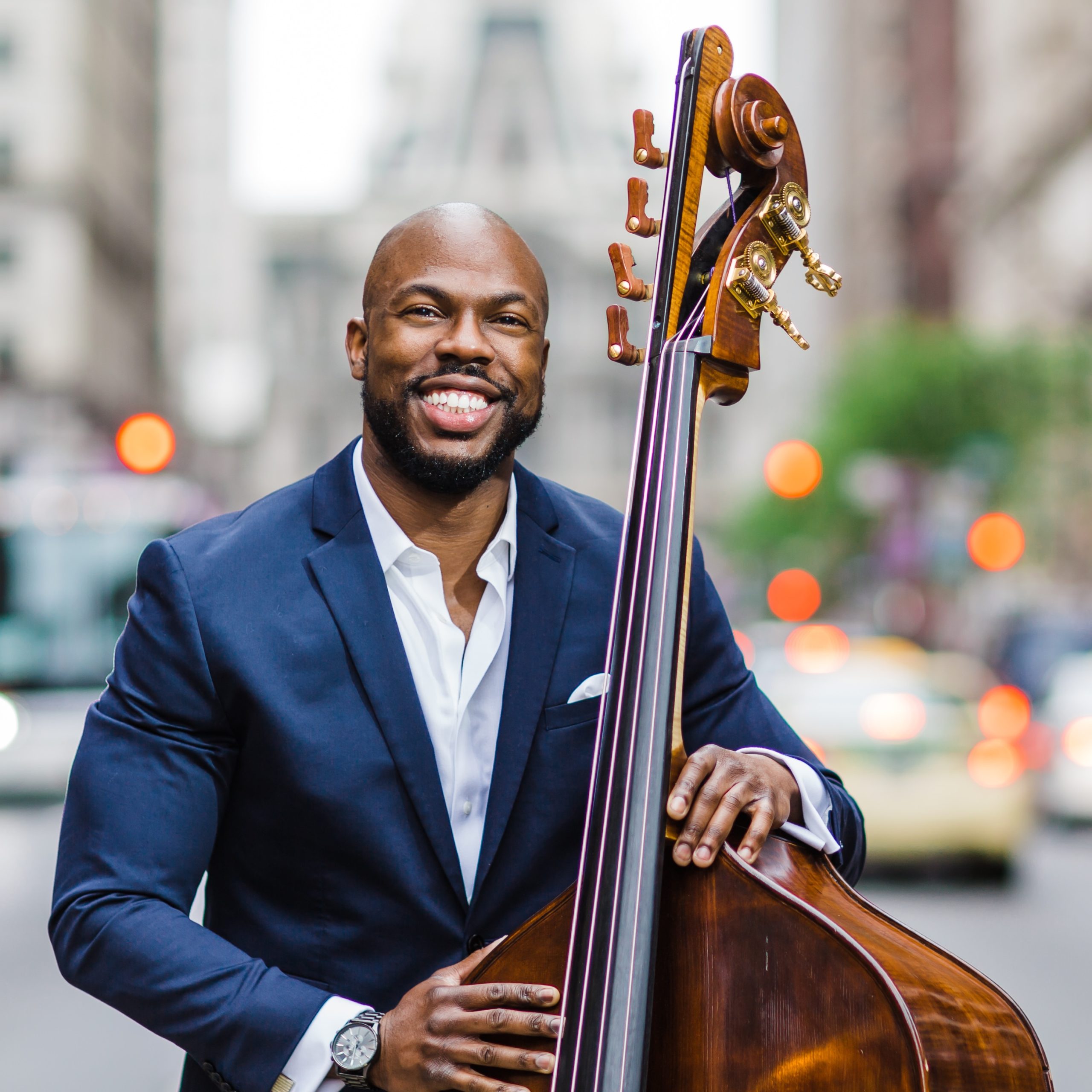 Described by the Grand Rapids Press as “a lyrical musician who plays with authenticity that transcends mere technique,” Conyers has performed with numerous orchestras as soloist including the Alabama, Flagstaff, & Richmond Symphonies, the Chamber Orchestra of Philadelphia, and the Sphinx Symphony having won second prize at the 2004 Sphinx Competition in Detroit, MI. In 2008, John B Hedges wrote Conyers a bass concerto, “Prayers of Rain and Wind,” commissioned by the Grand Rapids Symphony.

Conyers, a graduate of the Curtis Institute of Music, received his bachelor’s degree studying with both Harold Robinson, principal bass of the Philadelphia Orchestra, and double bass soloist, Edgar Meyer. Other mentors have included David Warshauer, principal bassist of the former Savannah Symphony, Daniel Swaim, and Albert Laszlo.

Conyers is the recipient of numerous awards and honors. He is a 2019 Sphinx Organization Medal of Excellence recipient, an honor accompanied by a substantial career grant and ceremonies at the Kennedy Center and the Supreme Court of the United States. In 2018, Conyers received the C. Hartman Kuhn Award, the highest honor bestowed a musician of The Philadelphia Orchestra and selected by its music director, Yannick Nézet-Séguin. Later that year, he was named one of Musical America’s 30 Top Professionals – Innovators, Independent Thinkers, and Entrepreneurs. In 2015, he was the recipient of the inaugural Young Alumni Award from his alma mater, The Curtis Institute of Music. In 2007 Conyers was named one of “30 Leaders 30 and Under” by Ebony Magazine. In 1999, Conyers was one of the first guests on a pilot show taping of NPR’s “From the Top” with host Christopher O’Riley.

Conyers is committed to education and community engagement through music. He was named to the faculty of the Juilliard School in January of 2020. In the same year, he was recognized as a national finalist in the inaugural Lewis Prize for Music (2020) for leadership and innovation. In December of 2020, Conyers was named Artistic Advisor & Artist-in-Residence at the Boston

University Tanglewood Institute where he was a 1998 alumnus. He has served as adjunct faculty at Calvin College (MI), Clark Atlanta University (GA) and is currently at Temple University (PA). Conyers has taught at numerous summer music festivals including the Philadelphia International Music Festival, Wintergreen Summer Music Festival and Academy, and the National Repertory Orchestra. In addition, he has given masterclasses and lectures across the country including The Colburn School, The Curtis Institute of Music, The New England Conservatory, Yale University, Ohio State University, University of Georgia, and the Peabody Conservatory.

For much of 2010, Conyers was featured in a television commercial as a part of a Mutual of Omaha advertisement campaign. Conyers’ “aha moment” was about his inspiration founding the nonprofit Project 440 (project440.org). Through its nationally recognized curricula, Project 440 helps young people use their interest in music to forge new pathways for themselves and ignite change in their communities. Partners have included Carnegie Hall, The Philadelphia Orchestra, The Los Angeles Philharmonic, The Curtis Institute of Music, the New York State Summer School of the Arts, and The Settlement Music School (PA).

Conyers currently sits on the board of directors for the Greater Philadelphia Cultural Alliance.

Conyers performs on the “Zimmerman/Gladstone” 1802 Vincenzo Panormo Double Bass which he has affectionately named “Norma.”