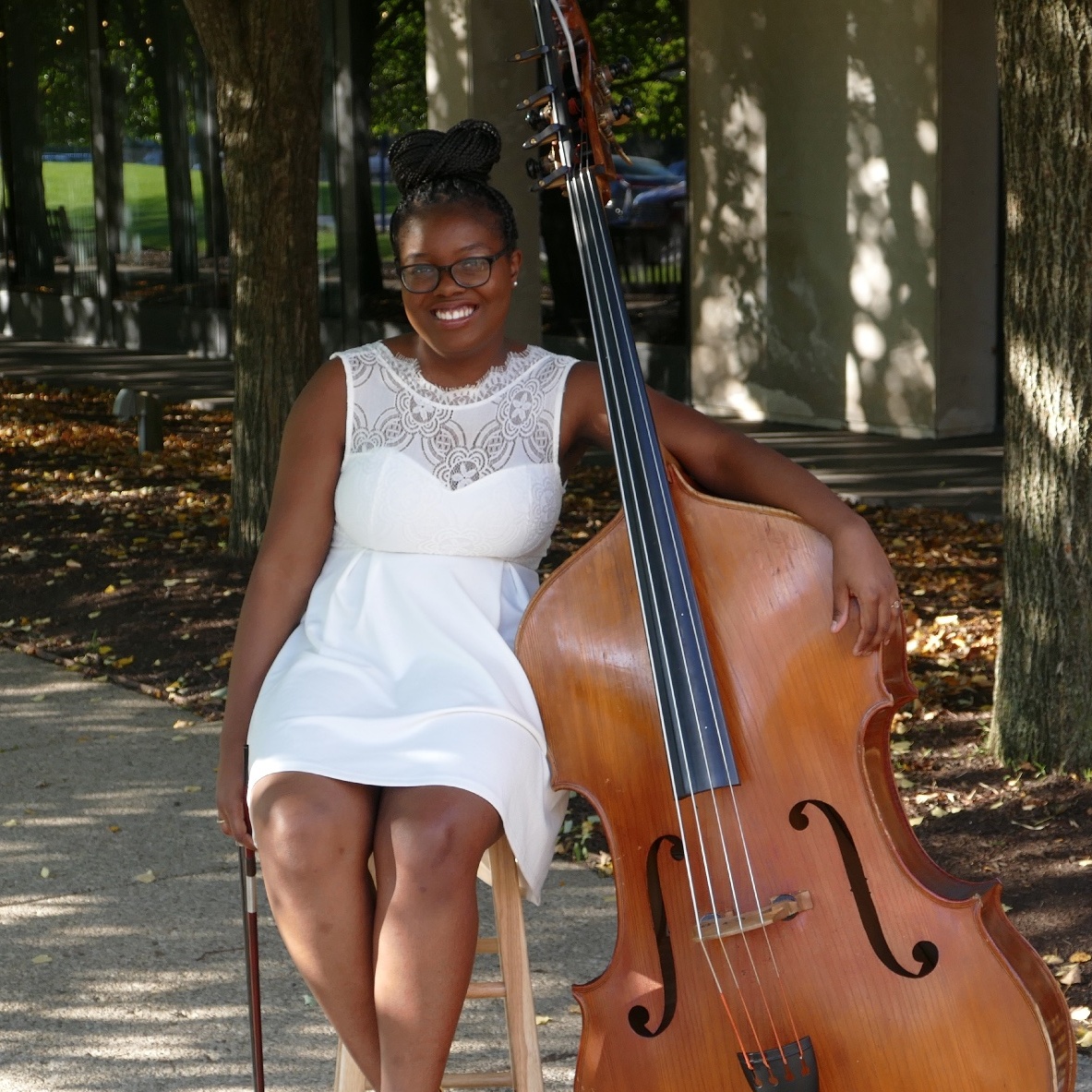 Dalanie Harris is a double bassist, podcaster, and Black music and culture enthusiast from Los Angeles, CA. She began her musical studies with piano at age 7, and later switched to double bass at age 12. She has played in orchestras all over Los Angeles, including the Inner City Youth Orchestra of Los Angeles, the Harmony Project, and the Los Angeles Philharmonic’s Youth Orchestra Los Angeles. After graduating from the Los Angeles County High School for the Arts in 2016, Harris went on to study double bass performance at the Eastman School of Music. In November 2018, along with friend and fellow Eastman student Katie Brown, Harris co-founded Classically Black Podcast, a weekly podcast that merges the worlds of classical music and Black culture. As a duo, Harris and Brown have hosted and presented at conferences across the country, promoting equity and inclusion for Black musicians.

While studying classical music at a predominantly white institution, it became quite clear how important initiatives like Classically Black are, and Harris began writing and researching more about the works and contributions of Black musicians. Currently, Harris is interested in learning more about the relationship between music, history, and culture in Black America.