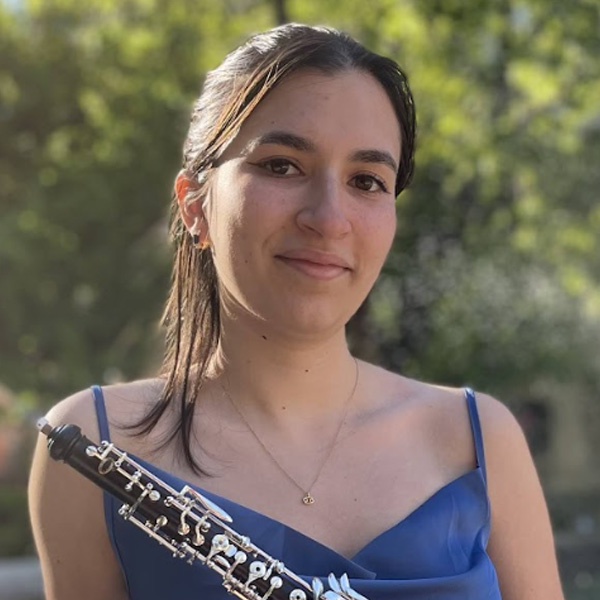 Elizabeth Perez-Hickman is a Venezuelan oboist currently studying at the Peabody Institute of the Johns Hopkins University on full scholarship, where her teacher is Nicholas Stovall. Elizabeth began playing the oboe in the eighth grade, and attended New World School of the Arts in high school to further explore her musical path. Because of the El Sistema-based program Miami Music Project and donor Dan Lewis, Elizabeth attended the Interlochen Arts Camp and Academy on the Miami Music Project Opportunity Scholarship. She graduated from the Interlochen Arts Academy in 2021 where she was awarded a Young Artist award, Provost Camille Colatosti describes it as “the most prestigious honors Interlochen Arts Academy confers.” Elizabeth was also a fellow of the YOLA National Institute, a program by the Los Angeles Philharmonic. In 2021 Elizabeth won the Jack Kent Cooke award and was Featured on NPR’s From The Top. She used this prize, in part, to purchase her first professional model oboe.

Elizabeth is deeply influenced by her identity as a Latina woman who grew up within El Sistema programs. She now works with elementary to high school students in Peabody’s Preparatory. Elizabeth plans to continue teaching and making music so that she can give back to the community that has already helped her so much.