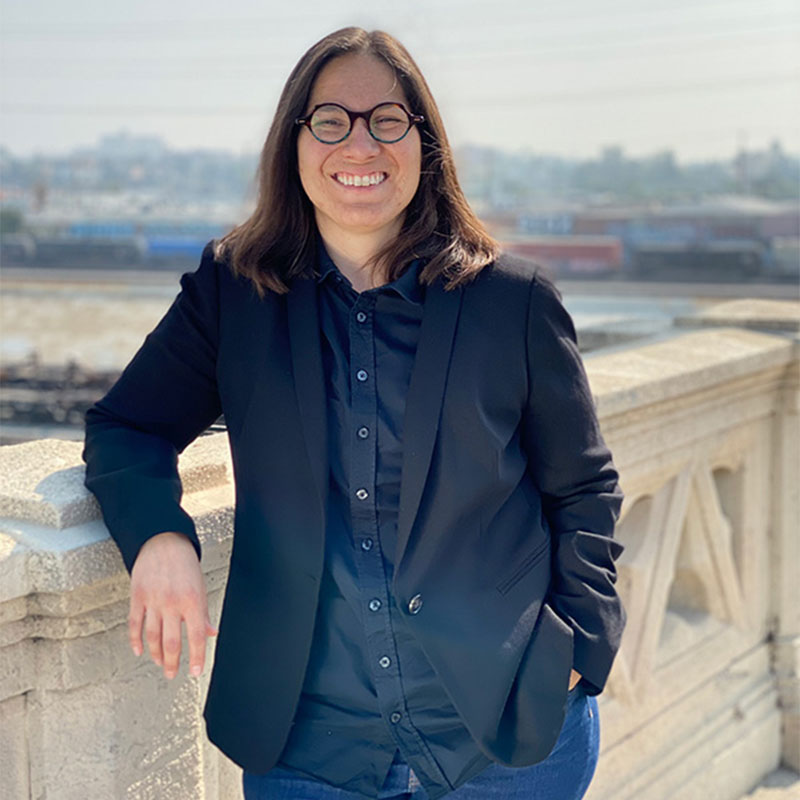 Angelica Cortez (she/her) is a Los Angeles-born Chicana working at the intersection of music, justice, and education. Her work centers the artists, activists, and communities actively creating a more equitable arts field. As a youth collaborator, arts administrator, and trompetista, her passion lies in creating space for young people to harness and their own gifts, challenge the world around them, and build community.

Angelica is a Sphinx Leader in Excellence, Arts, and Diversity (LEAD) fellow, where she is one of 11 arts administrators of color selected to evolve the industry landscape through executive leadership training. She is an active speaker and teacher, most recently connecting with students at Cornell University, University of California Berkeley, and University of Connecticut.

Cortez has held positions with the Los Angeles Philharmonic and The Juilliard School. While at the Los Angeles Philharmonic, she supported the launch and conception of YOLA National programs, which included a Festival, Symposium, Institute, and a series of digital programming titled YOLA National at Home. Angelica was responsible for the development of content, programming, resources, events, and partnerships with creative youth development and music-centered learning programs around the world. She was part of a cross-organizational team that expanded academic support and professional development opportunities to students and staff, and was part of production teams that led large scale performances on stages around the world, including the Hollywood Bowl, Walt Disney Concert Hall, The Barbican Centre, and Palacio de las Bellas Artes. At The Juilliard School, she supported equity, diversity, inclusion, and belonging initiatives, where her portfolio included facilitating dialogue with students, staff, and faculty to build stronger systems for bias response and creating equity-centered workshops, as well as collaborating with the Preparatory Division to create guidelines that support a more inclusive repertoire and curriculum.

Angelica has degrees in trumpet performance and teaching from University of California Davis, Longy School of Music, and Bard College. Outside of her work, she loves running, cooking, reading, and being in community.