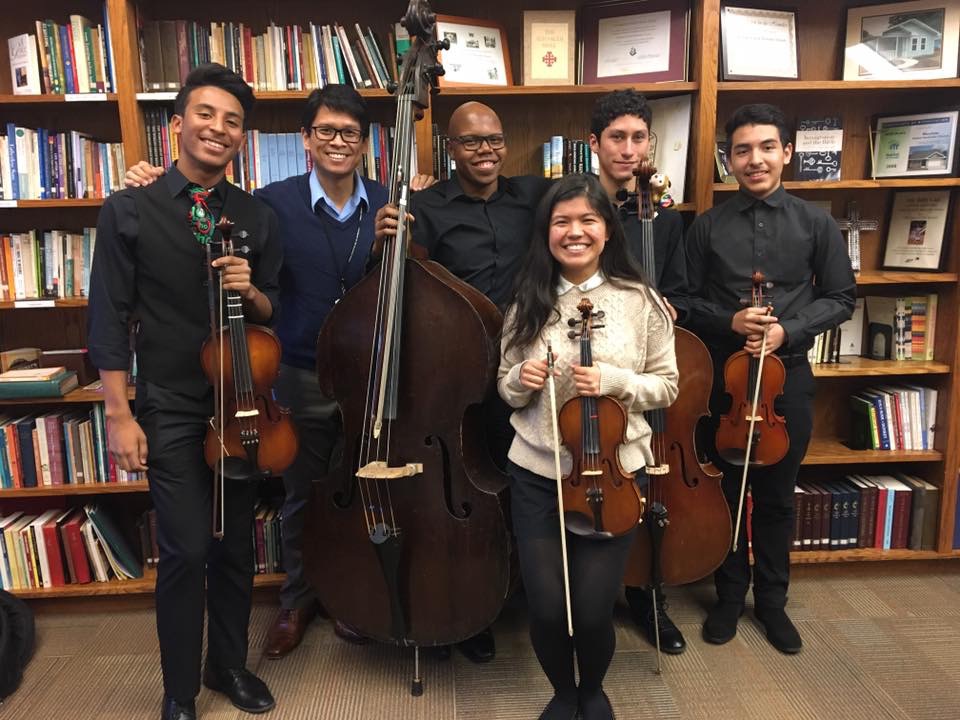 Note: Draylen Mason was a student at ESUSA Member Organization Austin Soundwaves who our community tragically lost in March of 2018. A year later, Austin Soundwaves Program Manager & ESUSA Board Member, Hermes Camacho, reflects on the lessons we can learn from Draylen’s extraordinary life.

I can hardly believe a year has past. Grappling with the loss of someone so deeply woven in our El Sistema community was tremendously difficult for us as teachers, so it seemed impossible to imagine what our students were feeling. Here we were, laden with perhaps the most important responsibility to comfort them, knowing that we ultimately couldn’t. What was incredible, however, and certainly a testament to the amazing resiliency and inherent strength of our kiddos, was that they lifted us up as much as we tried to lift them. We leaned on each other, as a family might, and it is a thanks to our young artists that we came out the otherside at all – through all the tragedy, we discovered that hope had never seemed so tangible. 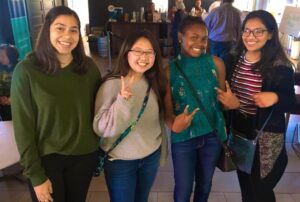 Photo of the first class of fellows of the Draylen Mason Fellow Program #DMFP.

In January of this year, we welcomed our inaugural cohort into the Draylen Mason Fellows Program (#DMFP). In addition to financial support for these four young musicians, we will lead mentorship sessions addressing relevant social issues culminating in an original concert that addresses a subject meaningful to the students and their community. We imagine the world one day filled with a network of #DMFP Fellows, leaving a legacy that impacts the world in the myriad of ways Draylen would have.

The words below were remarks I had the truest honor of speaking during a tribute ceremony in June 2018, but still remain relevant all these months later.

It’s impossible to capture, with any sort of justice, and in so few words what Draylen Mason means to us at Austin Soundwaves. So instead I’ll share a story.

This particularl tale was shared by several of our Soundwaves seniors during a break in orchestra class about a greasy box of pizza with the words, “will you go to prom with me?” scribbled in black marker on the inside. And naturally, to better entice acceptance from this lucky young lady, a package of Swedish fish was thrown in along with a bottle of Dr. Pepper.

“You’re serious?” I asked them. “The pizza was half-eaten, the Swedish fish was re-gifted, and he just drank the soda? And she still said ‘yes’?”

As proof, they showed me a video re-creation. Think about that: not only did it work, but they loved it so much to the point it was worth dramatizing and documenting forever. In every unexpected and yet unsurprising way, this story is an authentic portrayal of Draylen. Hurried epic plans, some controlled chaos, of course the success, and then topped-off with something so memorable and brilliant that that seemingly surpasses the original point of the whole endeavor.

Whether tackling a demanding new piece of music or asking at 3pm for a recommendation letter due at 5pm, playing a concert on short notice with faculty without rehearsal or a pizza box promposal, Draylen approached everything he did with a reckless passion. 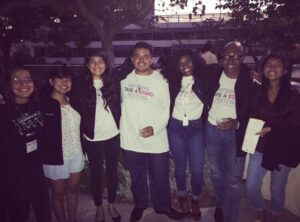 Draylen (2nd from right) with fellow musicians at the National Take A Stand Festival.

As Dray’s teachers, we always encouraged and cautioned patience. We always said that time will come and that along with that time come the rewards of that hard work and dedication. There will be a next time, we’d say.

Later. Not as teacher and student, but teaching our students alongside us, mentoring, encouraging, and cajoling with us. Later, as our colleague and our friend. We’d proudly hand him the stage, the baton, the lead. Tomorrow. Next year. Later.

But Draylen never thought that way – he lived for today. Always. And in his mind, Draylen was already all of these things we wished and hoped for him. All those things we couldn’t wait to tell him and that which we looked forward to doing with him. Draylen would do things now. Not later, but yesterday. Already.

This beautiful tribute today is incredible. But I hope we all know that this is just a marvelous beginning of what’s to come, because it isn’t enough. It isn’t enough because the world didn’t get enough. They only got a taste of what Dray was going to be and as monumentally, as tragically, as unspeakably unfair that he was taken away from us, it’s almost – almost – as unfair that Draylen was taken away from the world.

Do when no one else will, leap with the faith not to hold your breath, not to regret your choice, and be confident in whatever consequences come with your choice. Speak up for the meekest voice in the room, stand-up to the loudest, play every note like it’s the only one you’ll ever utter, and savor every moment with the energy that today deserves.

It’s easier to remember. I understand it’s the easier thing to do for me, for most of us. It’s hard to do. Take action and do the harder thing; and don’t be afraid to be a little reckless. We owe the world that much.

We owe Draylen so much more. Today, now.