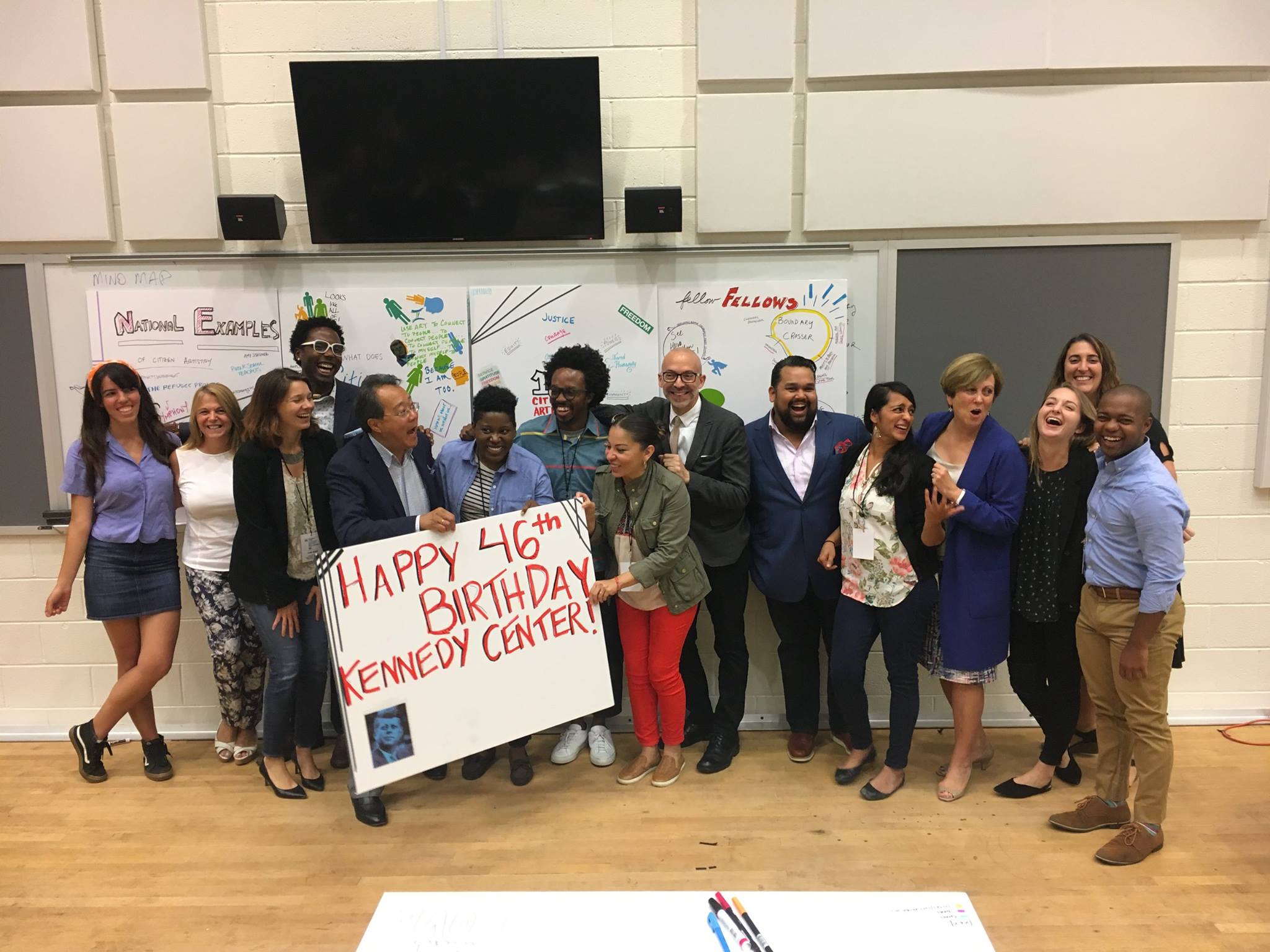 The Kennedy Center, a living memorial to President John F. Kennedy, honors our 35th President everyday by uplifting ideals from his legacy (service, justice, freedom, courage, and gratitude) that live through the arts. As part of this celebration of legacy, the Kennedy Center launched the “Citizen Artist Fellow Recognition” in 2016, which celebrates emerging artists across the country who utilize their art form for positive impact on communities.

Through a year-long engagement with the Kennedy Center, Citizen Artist Fellows develop and strengthen connections in their fields, receive opportunities for artistic collaboration and presentation, and gain access to Kennedy Center Staff and Artistic Partners for individual professional development.

“To further the appreciation of culture among all the people. To increase respect for the creative individual, to widen participation by all the processes and fulfillments of art — this is one of the fascinating challenges of these days.” 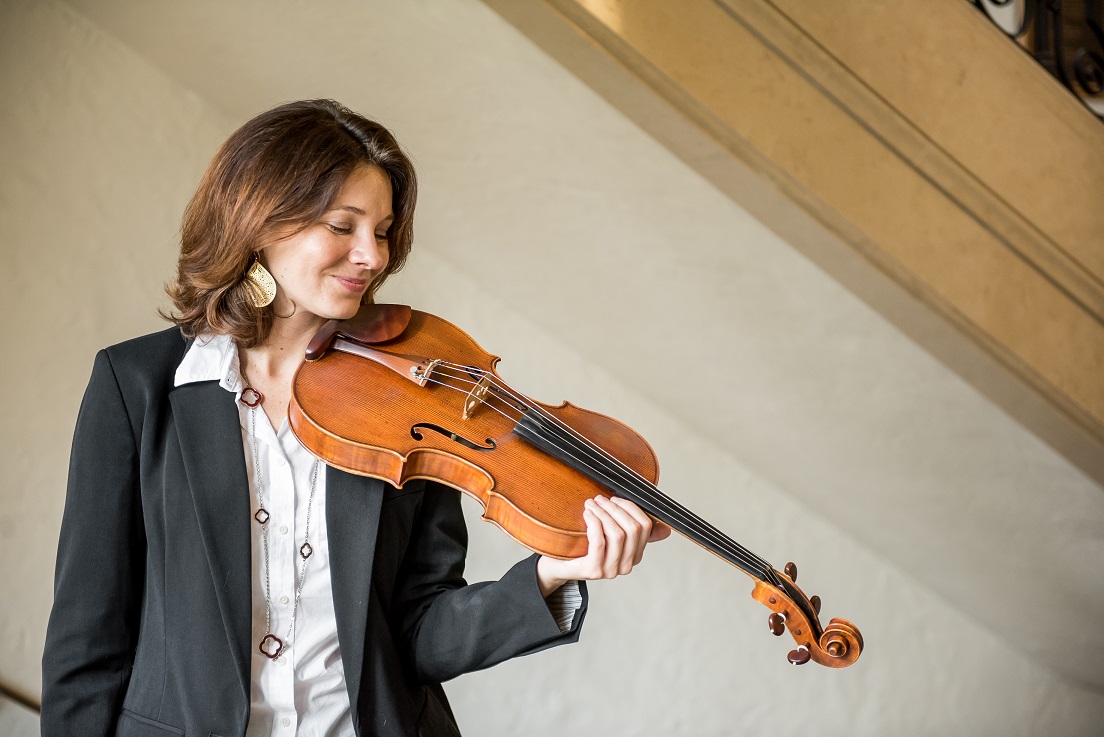 The El Sistema movement of “Music for Social Change” was developed more than 40 years ago by Venezuelan educator, musician, and activist Jose Antonio Abreu who believed that rigorous music instruction and orchestras could be used to break the cycles of poverty that he witnessed in his home country.

Having proved to be a wildly successful model, El Sistema went on to grow and expand beyond Venezuela to the global phenomenon that it is today. El Sistema USA, which supports a nationwide network of El Sistema-inspired programs, is based in the core values of equity, empowerment, excellence, impact, sustainability, joy, and community.

As a successful violist and national leader in creating programs for access and opportunity through the transformative power of music, Wyatt co-founded the first El Sistema-inspired program in North Carolina, Kidznotes. In 2017, she was named the new Executive Director of El Sistema USA.  She explains, “El Sistema USA is really the embodiment of what I have always searched for in my art and in my music, which is giving voice to anyone  who has an interest in exploring the talent and potential inside them. I passionately  believe that all people, no matter their social or economic situation, should have the opportunity to seize the capacity for creativity and performance that is inside of them.”

El Sistema USA is a Membership organization which supports more than 80 El Sistema-inspired organizations.  Every Member organization has access to annual national learning and research events, a monthly webinar series, quarterly regional workshops, advocacy partners, grants for reinvestment in the field and future programming, evaluation and research updates, and online resources that help to build awareness. 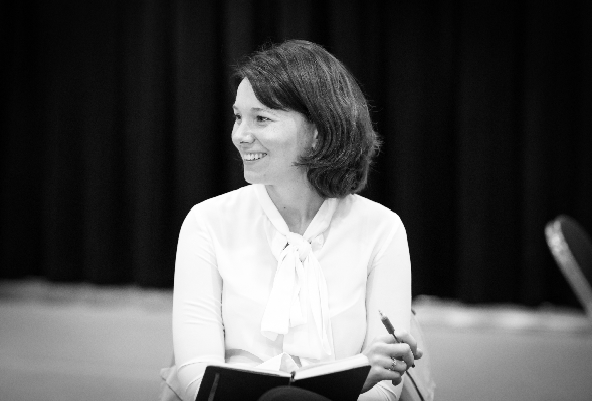 It is El Sistema USA’s  mission to partner with and support every El Sistema-inspired program in the country.

“I think that a citizen artist is anyone who sees the value in communicating through creativity and expression for the betterment of society. In some ways I think we are all citizen artists; I think we have the opportunity to unite people from common and different circumstances through a shared platform of beauty, of creation, of challenge… and I think it’s really important that we all think about ourselves as creators. Whether we’re a professional artist or not, it’s important that we invite anyone to consider themselves a creator and to nurture and respect that potential in one another.” 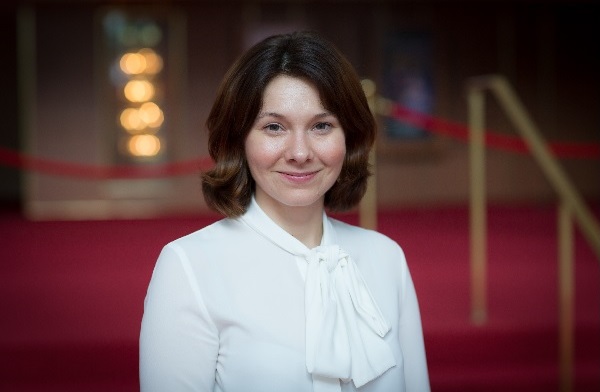 “Katie Wyatt is a talented musician who has shared her passion for music around the world. She has not once forgotten the responsibility all artists have of caring for, and responding to, the needs of people around her. This is what makes her an exceptional and inspiring leader – a genuine desire of uplifting people’s lives and impacting the most vulnerable young people in the United States.”

To learn more about the 2017/2018 Kennedy Center Citizen Artist Fellows, visit our website.